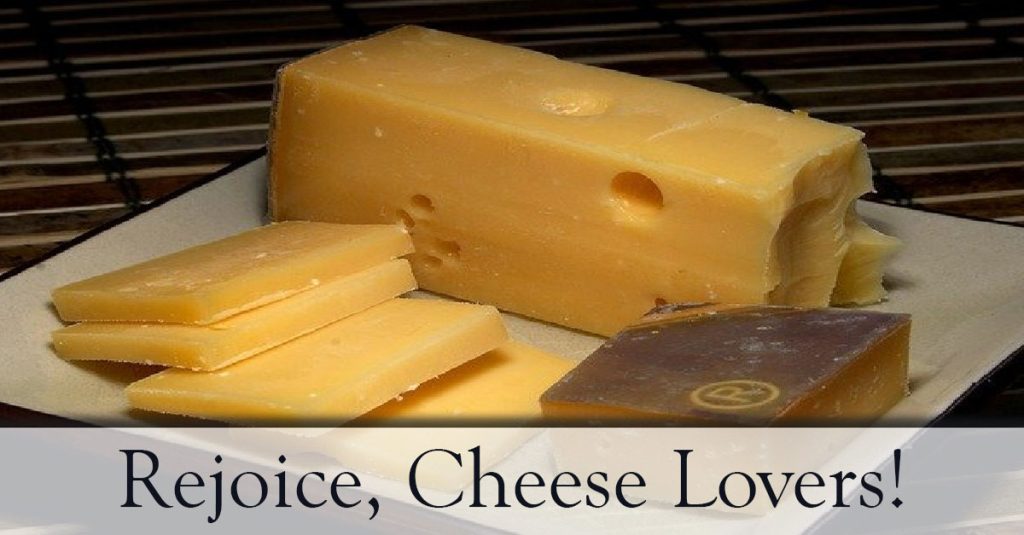 Cheese lovers can celebrate! According to a recent, decade-long study, cheese was associated with a reduction in all-cause mortality. Yes, cheese.

Cheese is a food that’s full of contradictions. Most everyone can agree that it is one of the most delicious foods known to man. Whether it’s a creamy slice of American cheese melted over a burger or freshly grated Romano over a favorite pasta, cheese adds flavor to any dish. For a long, time cheese has been seen as a fattening, calorie-filled ingredient, but is cheese considered healthy or is it the kind of thing that should be enjoyed occasionally? A recent study had surprising findings on the health benefits of cheese.

According to a study led by Dr. Maciej Banach of the Medical University of Lodz, Poland, cheese was found to protect from total mortality. Banach and colleagues analyzed national survey data from the 1999-2010 National Health and Nutrition Examination Survey, conducted by the Centers for Disease Control and Prevention (CDC). The researchers found eating any kind of dairy was associated with a 2% lower rate of total mortality. The study also found a 4% lower rate of stroke from dairy intake, along with a 7% lower rate for stroke with milk alone. Cheese reigned supreme with an 8% decrease in total mortality risk.

To those of who live and breathe cheese, rejoice. Study authors suggest that recommendations to limit cheese consumption be relaxed.

Break out the Brie! It’s time to celebrate.

Back to list
Older Heart Attack Calling for Help
close

Sidebar
We use cookies on our website to give you the most relevant experience by remembering your preferences and repeat visits. By clicking “Accept All”, you consent to the use of ALL the cookies. However, you may visit "Cookie Settings" to provide a controlled consent.
Cookie SettingsAccept All
Manage consent

This website uses cookies to improve your experience while you navigate through the website. Out of these, the cookies that are categorized as necessary are stored on your browser as they are essential for the working of basic functionalities of the website. We also use third-party cookies that help us analyze and understand how you use this website. These cookies will be stored in your browser only with your consent. You also have the option to opt-out of these cookies. But opting out of some of these cookies may affect your browsing experience.
Necessary Always Enabled
Necessary cookies are absolutely essential for the website to function properly. These cookies ensure basic functionalities and security features of the website, anonymously.
Functional
Functional cookies help to perform certain functionalities like sharing the content of the website on social media platforms, collect feedbacks, and other third-party features.
Performance
Performance cookies are used to understand and analyze the key performance indexes of the website which helps in delivering a better user experience for the visitors.
Analytics
Analytical cookies are used to understand how visitors interact with the website. These cookies help provide information on metrics the number of visitors, bounce rate, traffic source, etc.
Advertisement
Advertisement cookies are used to provide visitors with relevant ads and marketing campaigns. These cookies track visitors across websites and collect information to provide customized ads.
Others
Other uncategorized cookies are those that are being analyzed and have not been classified into a category as yet.
SAVE & ACCEPT